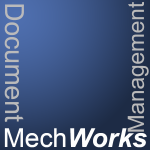 An extensive experience in PDM development.

MechWorks srl, based in Bologna Italy, is a privately-owned company focused on the development of vertical solutions in PDM/CAD/CAM and technical document management.
Established as a new company in 1998, MechWorks‘ founders (Ciro Ettorre and Gaetano Tavano) have many years of IT experience and PDM development.

Ciro Ettorre
Bachelor in Electronic Engineering in the University of Bologna in 1983. He specialized in Computer Science with Prof. Giorgio Valle ( Ordinary of Computer Aided Design of the faculty of Computer Science, Milan ) and with him he presented a thesis entitled Relational DataBase System CADME, a draft for a relational database specifically thought for the small and medium manufacturing mechanical companies of the local industrial district; this thesis became the design foundation of the flagship product of MechWorks: DBWorks. He collaborated for a year like researcher for the Italian National IT Research Project named CADME, with researches on 3D Geometric Modelers and 3D Graphical Interchange Systems (IGES). In the years from 1985 to 1996 he developed and produced a proprietary CAD/CAM system named CNDraft, sold in more than 1500 seats. In 1990 he equipped the product CNDraft with the ACIS 3D kernel, being at that time the first in world on-the-market PC CAD with the ACIS kernel. In 1996 he decided to import, together with Gaetano Tavano, the 3D Solid Modeler SolidWorks, and on this platform he developed the current product of MechWorks: DBWorks.

Gaetano Tavano
Bachelor in Nuclear Engineering in the University of Bologna in 1981. He specialized in Computer Science with Prof. Giorgio Valle ( Ordinary of Computer Aided Design of the faculty of Computer Science, Milan ) and he founded with him a company that imported the first Italian CAD system on mini-computers. He specialized in the installation of graphical hardware (graphical cards, monitors, graphical tables) and became exclusive importer for Italy of the SummaGraphics products. In 1985 he founded with Giorgio Valle the company S.T.L.D., to which Ciro Ettorre joined soon also; the company began to produce software for the mechanical companies of the local industrial district. In the 1995 he understood that the production of the software should have been moved on a by components base, and he decided therefore to import the 3D solid modeler SolidWorks; on this engine, from 1996, he promotes the software DBWorks (today one of the most widely used Solidworks PDM).